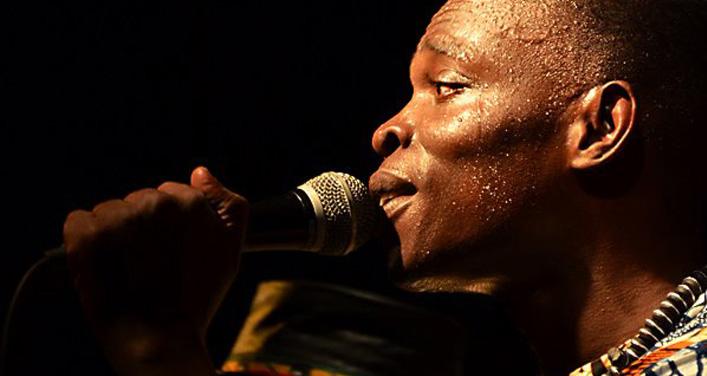 Born in Dakar, the son of a family of griots, Abdou Mbaye has sung all his life. Strong of his international musical encounters like Jason Hann in Los Angeles (drums for Stevie Wonder) with which he sang two songs on “Africa Dream”, then with Paco Sery with whom he recorded the title “Win” from the album “Voyages “for EMI, he continues his journey. After staying in France and being on stages in Paris, London, New York, Brussels and Amsterdam, he moved to Montreal in 2012. Today, he goes towards a new and original style: the Mbalakh Fusion, a mix of Wolof, Serer and Pulaar rhythms, fused with sounds of jazz, Beat, Rock and Reggae. Inspired by Youssou Ndour, Salif Keita and Mory Kante, he brings rich textures with his particular tone of voice, showing the warmth and the sun of his native Senegal. He sings and moves his audience in Franco-Wolof. On acoustic guitar, accompanied by a band combining electric guitar, bass, drums and percussion, he delivers a sensitive and joyful music, a presence combining charm and sincerity. His philosophy is “The welfare of humanity is to respect, tolerate and protect each others”. His favorite themes are childhood, love and peace.