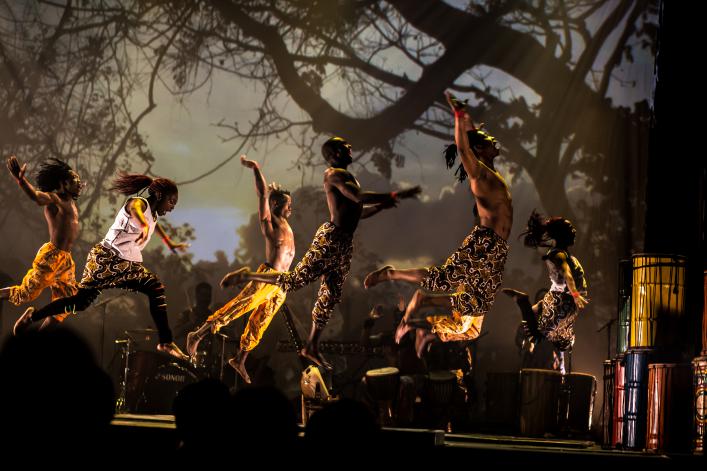 Kalabanté is both a made-in-Quebec show and a circus school built near Conakry, the Guinean capital. What links the two? Generous artists, who wish to make Guinea better known and to help it by means of shows in Canada and elsewhere.

Yamoussa Bangoura is one of the souls of this project. This multidisciplinary artist, an acrobat, dancer and musician, grew up in Guinea, where he took part in shows put on by the Conakry-based Circus Baobab. He then joined the Montreal-based Cirque Eloize with which he went on an international tour for the show Nomade from 2002 to 2007. In 2007, he founded Kalabanté in Montreal with artists and acrobats from guinea and is also creator of shows, acrobat, singer and musician for the show Odysseo de Cavalia.

The Ko Ryass show, created in 2011, is one of the most accomplished products of the Kalabanté collective. It is a varied and intense show, with themes related to Guinea. All the richness of Kalabanté can be seen in Ko Ryass: circus, dance, acrobatics, storytelling, acting, singing. The collective, which turns its profits over to the building and operation of the circus school of the same name near Conakry, keeps dazzling us. In the words of an African proverb they enjoy repeating: “If you can talk, you can sing. If you can walk, you can dance!”