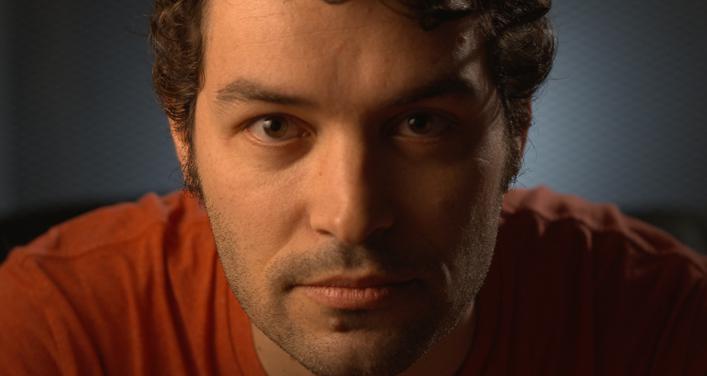 The singer and the guitarist Auro Moura began his career as a composer in 2001. With the group Maquinomem, he recorded the EP Maquinomem (2010) and the CD Maquinomem (2013), that he wrote  and produced all by himself. Based in Canada since 2014, Auro Moura, continues his work with a group formed by other Brazilian musicians in Montreal. The concept of his work is to create music by emphasizing the quality of the group, with all its interdependent facets. Through experimental music mixed with influences of Brazilian rhythms connected to rock and blues, his work values the idea of music as the shape of original expression. With a huge influence of poetry and literature and taking advantage of all kinds of artistic influence, his work shows that there’s no right way, or recipe, for the artistic creation.