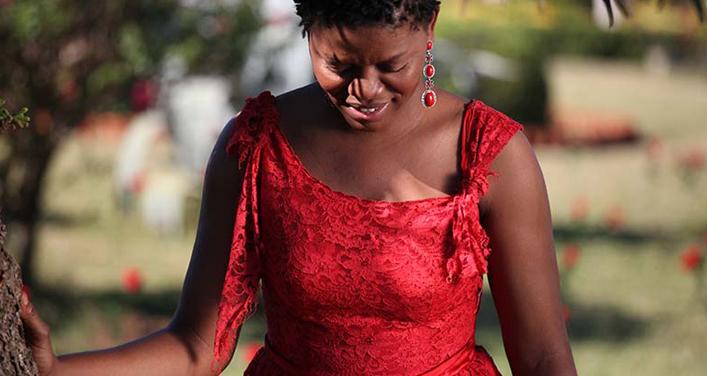 As a child, Yolanda Chicane hardly dreamed she would be at the top of the playbill. She loved playing sports and sang only to accompany her brother when he played the guitar. Even when she reached adulthood, the idea barely crossed her mind. But at age 20, while she was studying environmental engineering, friends who were aware of her talent urged her to take part in a singing competition on television. And that was how the Kakana adventure began.

At the end of the competition, she joined the group Optimistas and became their singer. She then named herself Yolanda Kakana, after a Mozambican vegetable. In 2004, together with producer and guitarist Jim Gwaza (Azarias Arone Nhabete) she founded the group that bears her stage name, Kakana. Their philosophy was to sing about love, peace and the problems of the contemporary world, blending various musical styles from rock to jazz and including traditional African sounds. Their lyrics are a cheerful mix of Portuguese, English, Changana, Makhuwa and Chope.

Since the group was created, it has gathered awards in Mozambique: revelation, best voice, best fusion, best group – a true festival of accolades! However, their studio album was yet to come. The group took the time to affirm its style, to become more professional and to make a name for itself on the country’s stages. Kakana thus waited until 2013 to give its fans an album, titled Serenata. “A path filled with pitfalls,” in the words of Yolanda Kakana, who later decided to support young artists by helping them record albums, in particular through the training of sound technicians.

Meanwhile, Yolanda and Jim continued along their merry way with their musicians, proud to be Mozambicans, proud to be devoting themselves to music and to be ambassadors of their culture in the rest of the world, thanks to the outstanding voice of a gracious and sweet-voiced fairy. Evidence of this is Banda Kakana’s second album, released in 2017 and called Juntos, meaning together. Love, peace, cultural wealth and the great family of Mozambique are sung about emphatically and affectionately.