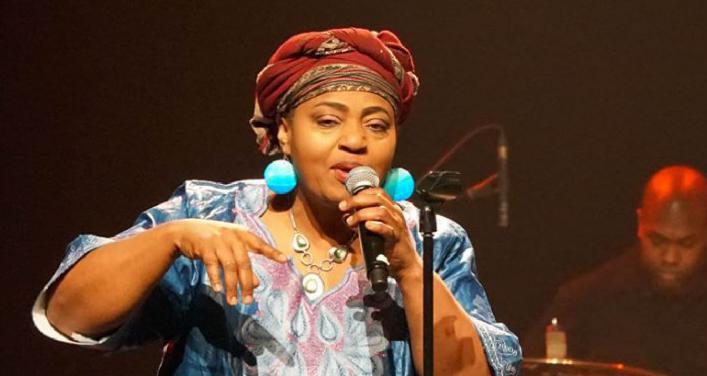 Singer, militant, activist: Barbara Guillaume is all this and more. A native of Haiti and daughter of a Protestant minister, she began her career by singing gospel at church. She launched her solo career in 1987 with the album Nou se youn ras moun youn klas moun. There followed Zo Pélen in 1988 and Lanmou Poun in 1990. This polyglot singer has performed Haitian classics with flair along with repertories from Africa, the West Indies, France and the United States. Alongside her singing career, she became involved in politics, performed in a film (The Serpent and the Rainbow by Wes Craven) and has studied naturopathy, art, communications, law and education.

Forever committed, Barbara Guillaume does more than sing. She organizes shows and multicultural events that promote artistic exchanges along with inclusion and sharing. She founded Nap Vanse (“forward” in Haitian) that provides health care and training in a marginalized locality in Cité Soleil, part of Port-au-Prince. Her defence of women’s and children’s rights is inseparable from her art. For example, she sang a Creole version of “One Woman” on International Women’s Day and Haitian Women’s Day, celebrated on April 3 in Haiti.

Through the musical-theatrical tragedy Kiskeya, the singer has also done memorializing work, telling the story of the first black people to have freed themselves from slavery. Through the production Haïti sur scène, she celebrated the national cause on the country’s bicentennial. These are two examples among many of Barbara Guillaume’s commitment to Haiti, which she defends at every opportunity. In 2011, her album A la peyi soufri came out.