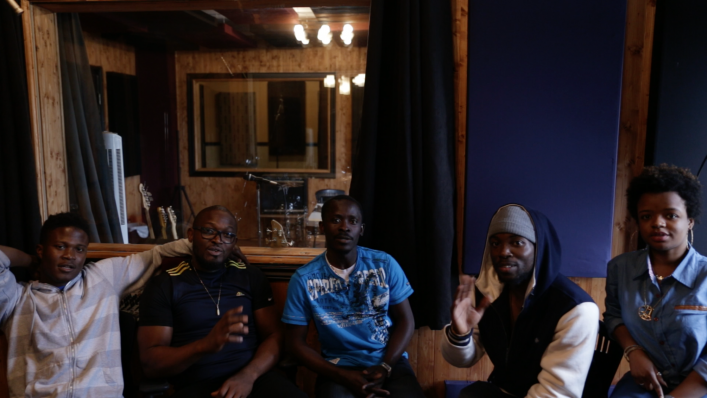 Created in January 2015, Beyond a Crew is the achievement of a dream: to unite and ease people’s encounters with only music. The band was founded by Charles-William Mpondo and Marius Nyassa, who met during a show by  the band Nkul Beti, a band specialised in Bikutsi music from Cameroon. Since then other musicians joined the band, among others Nancy Moubé, Mimi Dior, Philippe Bikok, Girès Ébouel, Ivan Yopa and Alfred Nougi.

Their songs are in both French and English, the two official Cameroonian languages and the styles vary between afromakossa, afrobeat, afrojazz, reggae as well as afrofunk. During their concerts, each member of the band sings one of their own creations, having the rest of the group acting as back vocals. Using their songs and their rotations on stage, Beyond a Crew offers a true variety show.

BEYOND A CREW
Cameroun
Listen