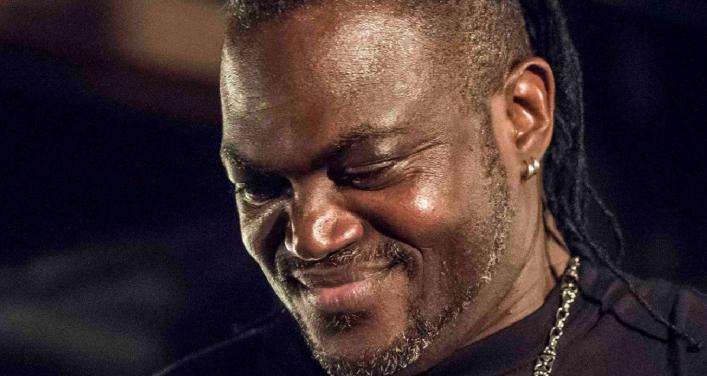 Bobo, alias William Atchouellou, sometimes also nicknamed Willy Bobo, comes from Côte d’Ivoire. A choreographer, dancer and singer, he has trodden on stages in West Africa, Europe, Canada, the United States and Mexico. Whenever the opportunity arises, he shares his latest compositions and seeks to convey his know-how, acquired in a career spanning more than 15 years.

Today, Bobo’s repertory is marked essentially by a committed Afro-reggae, giving the spotlight to festive beats, inspired by West African. Singing in French, English, Baoulé and Mandinka, he cultivates his differences to make himself better known and to convey his message.

Starting as a dancer, Bobo was a member and then artistic director of several Ivoirian dance companies, including Ten Zo, Pan-African Ballet Donougo-Côte-d’Ivoire, Ballet Espoir and Black Choreographers Evening. He currently directs the Kôtou ensemble, based initially in Minneapolis, from 2003 to 2007, and now in Montréal. Alongside his stage performances, Bobo teaches percussion and African dance and creates his own choreographies.

As regards music, he is one of the founders of the Montréal group Djidji, winner of the Syli de Bronze in the 2010 Syli d’Or of world music. Since then, he has performed at numerous festivals and venues in Canada. On stage, his energy is communicative. Making full use of his talents, he gives all of himself to his audiences, taking them along to warm, bright, lively lands.