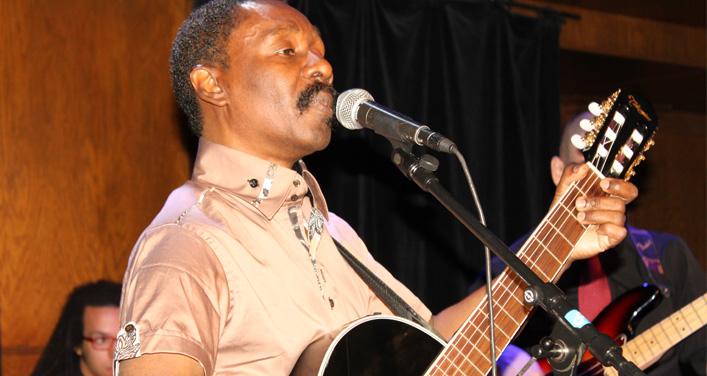 Singer-songwriter, multi-instrumentalist (guitar, accordion, piano, violin) Charles Alnave flew from Haiti, holding in its branch a sprig of songs with a humanist scent. From the land of Jean-Jacques Dessalines, the bird landed in 2008 in Quebec. Self-taught, his guitar is his trusted friend to whom he confides his jubilation and sadness. As a spiritual person teinted with Nietzscheanism, he released two albums of liturgical songs with the El-Bana Shadd band (1990-1994). Poet, sometimes breathing art instead of air, with a taste for rhyming, romance is in full swing in his classical world. Songs with rhythms of rumba and bolero, a pinch of salsa and of spicy Caribbean ryhtm are played on guitar, cello, violin and viola, bass and drums. Charles Alnave is preparing an album conveying messages, on velvety melodies.