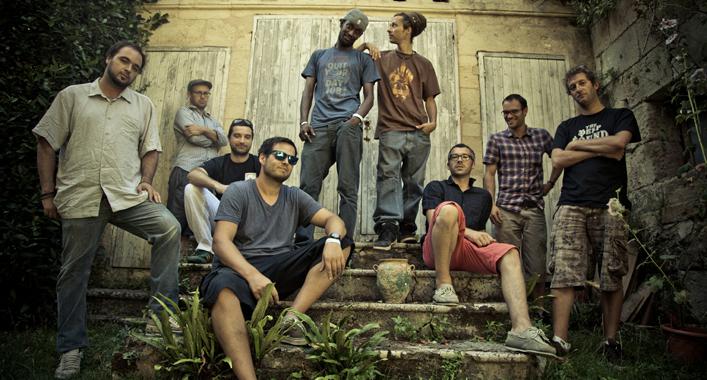 It has been more than 15 years that the activist group Danakil exists and travel wordlwide with their reggae roots new generation.
This year, the group comes back with their 5th opus titled “LA RUE RAISONNE” This new committed project, allows them to go back on the front of the activist stage. The album has been recorded in a 100% analogue studio to give it a deep sound with heavy basses fitting the spirit of this last opus. Their music continued to evolve throughout the years and the group insisted on working with local beat makers which gave as a result a culture mixed, humanist, authentic and genuine music. In 2012 the group founded his own label “Baco Records”. The group wants to auto-produce and so edited, distributed and produced their last album under their label. On their new album, a collaboration with Patrice has been done on the song “Paris la nuit”, a tribute to the French capital. The group invited several artists on the title “WORLD OF REGGAE MUSIC”, a reel declaration of love which unites not just the members of the group but the other singers performing on the song.