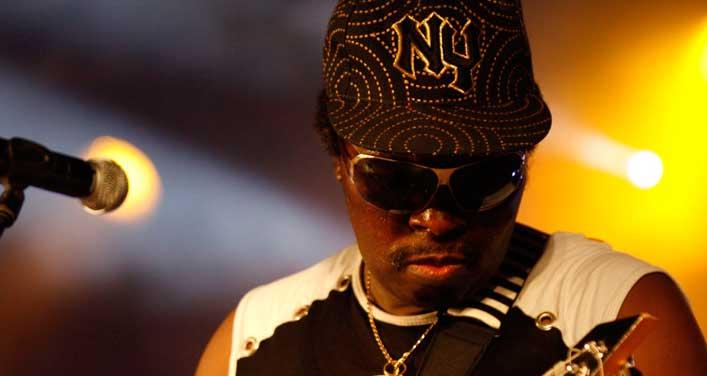 It could be argued that Diblo Dibala was born with a guitar in his hands. This was almost the case. Diblo was born in 1954 in the city of Kisangani in the Democratic Republic of Congo (then the Belgian Congo. At age 6, he moved to Kinshasa and, nine years later, joined the TPOK Jazz group. He played alongside local groups such as Vox Africa and Bella Bella, later to become Orchestre Bella Mambo. This was the time of his first recording, Elidjo, with Mbemba Bouesso.

In 1979, he was off to Brussels. There, Diblo Dibala continued playing the guitar, especially in the street, and founded a group called Bana Mons. But he worked as a dishwasher to pay his way. Two years later, he went to Paris, then one of the capitals of soukous, to join Kanda Bongo Man’s group. The latter had already been his partner in Bella Bella. Together they recorded the album Iyole (1981), which enjoyed great success and ensured them of great fame in musical circles. During these years, Diblo also played with another great soukous representative, Pepe Kalle.