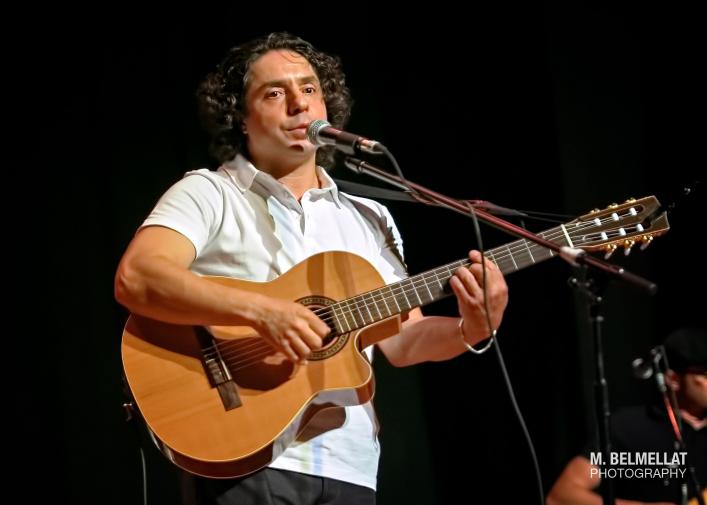 Hakim Kaci is a self-taught singer-songwriter. He is part of this generation of young Kabyle artists inspired by cultural heritage and universal music.

He is a guitarist and singer and is inspired by Kabyle folklore, Chaabi, Flamenco, rock … he always plays with a personal touch.

He sings in different languages namely Kabyle, French and English and he loves to put a lot of colors in my music.

He has already hosted two shows at the Balattou club, on July 28, 2015 and September 3, 2017 which were two beautiful evenings full of color, very successful and to the satisfaction of his audience.

He has also been very active in his community and on the Montreal scene since arriving in the province of Quebec in 2003. He has participated in various evenings and events for the celebration and commemoration of important dates.