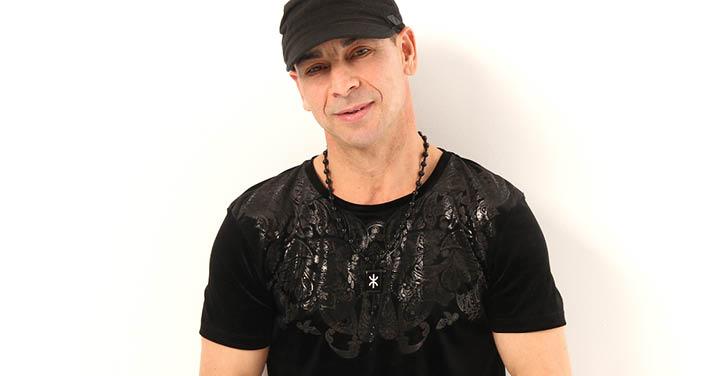 Hamid Ouchene was born in Bouira, Algeria. This singer, composer and performer of Kabyle culture accompanies himself on the five-string mandola. A self-taught artist, he learned as a child to sing and play the mandola and began on stage at age 15 in his home town. In 2000 he left Algeria and settled in France, where he led a rich musical career. His openness and artistic skills enabled him to accompany musicians and singers of various nationalities. Living in Montréal since 2013, Hamid Ouchene develops his art with energy and a great stage pleasure He has given many performances and shows, whether solo or with the group Helba. His virtuosity enables him to blend several musical styles in smart and modern fashion: Kabyle, Oriental, Latin. Hamid also revives old songs while stirring feelings with his very personal and rousing way of playing the mandola. In late 2016, he launched a new video clip, Lejdud, on the occasion of International Human Rights Day.