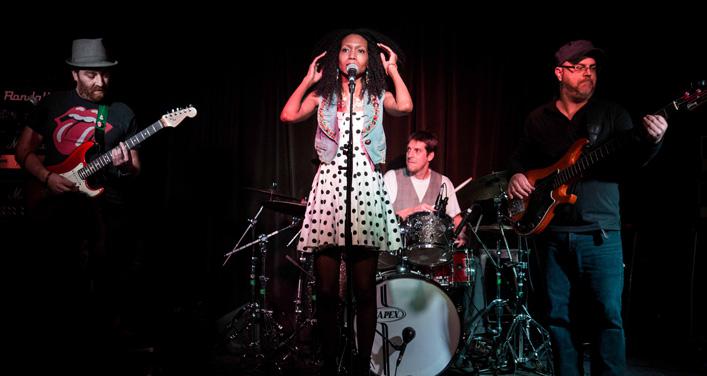 Holly Bellevue is a Montreal based artist. She started memorizing her own lyrics and melodies at the tender age of three. Captivated by her interest in arts, her mother introduced Holly to theater, improv and dance at a young age. She was greatly influenced by her Haitian roots in Kompa and by the greats of soul, pop and RnB.

After a few years of exploring drums, guitar and piano in her high school band, she realised that singing and song writing was her path. In college, she started participating in talent shows here and there. It was a time in her life where she was looking for her style, her voice. To further her voice quest, she registered at a music school on the east side of Montreal. After a short performance at her school, she was offered to work with the drum teacher and the guitar teacher. This was a great opportunity and together they formed the Holly Bellevue Band. These musicians brought her lyrics and melodies alive for a few years. This band played at Petit Medley, Medley, tapis rouge, Quai des Brumes, Jello Bar, Club Soda and many other venues in Montreal.