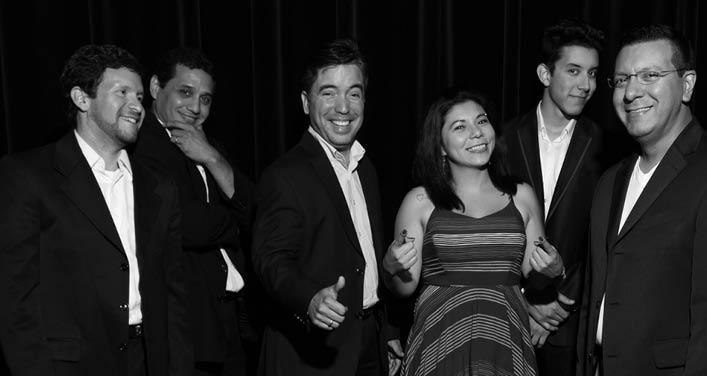 The InCrescendo ensemble, created in 2013 by Edward Maldonado (bass player and musical director), takes you on a musical journey to Venezuela through a sound canvas illustrating festive atmospheres with high does of energy. The adventure is complemented by nostalgic and languorous tunes, sensual and inviting dances, sober work songs and playful, poetic and romantic lyrics.

Consisting of eight musicians and two dancers, the ensemble has given itself the mission of making Venezuelan musical traditions better known, making a passion and a calling of their home country’s traditions. Son from InCrescendo is part of a heritage deeply rooted in Latin America at the moment, with the more traditional and the more contemporary cohabiting. Their repertory is inspired as much by tradition as by new Latin American musical trends, with traditional instruments alongside contemporary ones. Vocal arrangements can go up to four voices. In 2017, the group won the Syli silver award in the 11th annual Syli d’Or event.