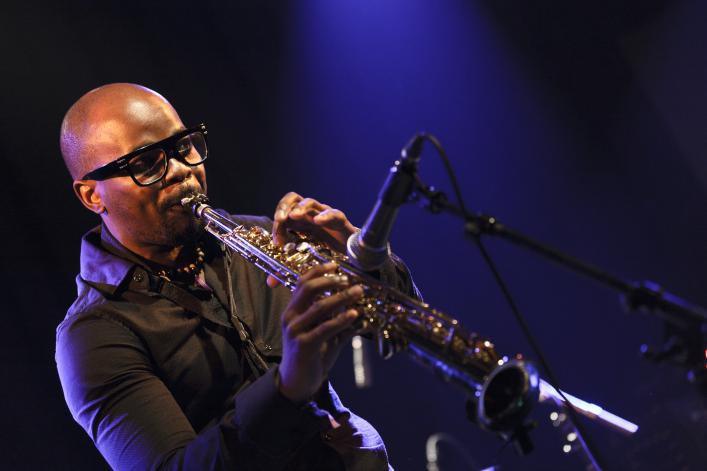 Ivan Mazuze is a Norway based composer, award winning saxophonist and world jazz artist of Mozambique origin. Mazuze initiated his studies in music at his home country Mozambique at the National Music School in 1987 with piano as first instrument. After 7 years of classical piano training Mazuze joined the woodwind section of the same school with jazz study approach with focus on improvisation, and continued his studies at the Department of Jazz and Ethnomusicology at the University of Cape Town, South Africa, where he is Honors degree in jazz and composition.

In 2009 he arrives in Norway and release his debut album “Maganda”, a reflection of Mazuze’s musical journey and experiences in jazz and African “worlds” of music, winning nominations and awards in Europe and Africa.

In 2012 Mazuze releases an album namely Ndzuti (2012) which means, “shadow” in the ancient language of Xichangana of southern Mozambique. The music on the album Ndzuti has elements from both southern and West African traditions with Jazz based structures, featuring the Cuban pianist Omar Sosa and the bassist and vocalist from Ivory Coast, Manou Gallo.

Mazuze has in the last seven years been representing “world jazz” coming out of Norway at numerous music events and festivals in many parts of the world in collaboration with Norwegian based cultural institutions such as Arts Council Norway and Music Norway.

The Ivan Mazuze Quartet presents world jazz at its best.
Deeply rooted in African Jazz his melodic tunes are backed by a powerful rhythm section consisting of electric bass and acoustic piano as pillars, giving space for the improvisations creating a landscape that moves between Jazz and the African urban soundscape.

On this performance Mazuze will be featuring some of prominent musicians from Canada and Portugal, as an extension of his various collaboration projects.

Ivan Mazuze emerges from a long tradition of jazz musicians in southern Africa. Since 2015 Mazuze seats as a Riksscenen board member (sponsors of traditional music and dance from around the world) in Norway, and he is currently music instructor and artistic mentor for the International Jazz Day celebrations in Oslo. Additionally Mazuze was the driving force behind the implementation of the International Jazz Day in his home country, Mozambique with its very first edition in 2015.

His latest album, “Ubuntu,” is featured in the Compilation album “Jazz from Norway 7th edition.” It affords a good picture of the Norwegian jazz scene today, ranging from mainstream to more modern forms, including what has come to be known as the Nordic sound. The JazzCD.no – 7th set shows the variety, versatility and quality of jazz in Norway today.