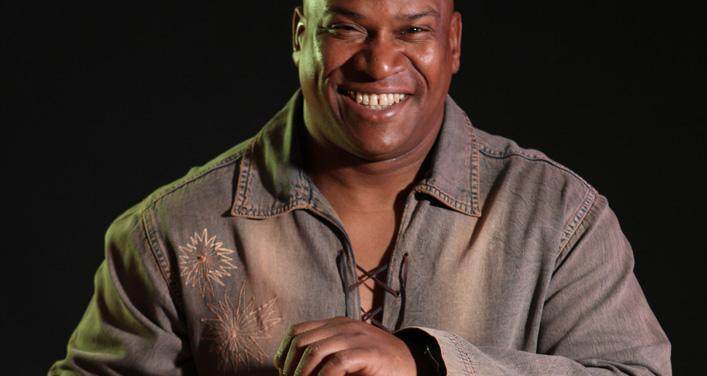 Guajira, guaracha, salsa, merengue, reggaeton – the repertory of Jesus Cantero (a former member of Cubanismo) and Los Criollos All Stars is vast and creates a furious desire to dance!

Cuban-born Jesús Cantero could not escape his heritage: Cuban music flows in his veins, floods his mind and inhabits his soul. This seems inevitable With a passion for the musical styles of his island since early childhood, he uses his talent to convey this enthusiasm to the audiences who come to hear him.
But let’s go back to the beginning, when Jesús was studying music at the Escuela de superación profesional in Piñar del Rio before starting his professional career as a singer, in particular with the Conjunto Yarey and the Conjunto Sonorama. In 1991, he settled in Havana to pursue his career. There he worked with various orchestras, including the Orquesta Revé, the Banda Meteoro and the Son Candela orchestra with which he recorded two albums, Llega pero no te pases and Son Candela, with the German label Cuba Chevere. He later joined the group Cubanismo.
Starting then, his career became international: Jesús performed around the world, in Japan, China, England, France, the United States and Canada. He shared the stage with great artists including Celia Cruz, Oscar D. Leon, Gilberto Santa Rosa, Andy Montañes, Victor Manuel, La India and Marc Anthony. During these years, Cubanismo recorded two albums: Mardi Gras Mambo (2000) and Greetings from Havana (2005).
In 2006, after seven years with Cubanismo, he decided to leave both the orchestra and his homeland to settle in Montréal, where he has been far from inactive. He has sung in various festivals in Québec and Ontario, gradually making a name for himself on the Canadian scene. In 2010, he created his own group, Jesus Cantero y Los Criollos All Stars.
Most of the group’s members are Quebecers of Cuban descent. They provide a blend of traditional Cuban beats, such as son, guajira, guaracha and cha cha with more contemporary beats such as salsa, merengue and reggaeton. This fine mixture appears on their début album, Encuentros, which came out in 2011. On stage, the Criollos All Stars draw spectators into Havana nights, into a warmth and atmosphere that leaves nobody untouched.