Jackson Joaojoby, known as Jôby, grew up in a family of artists. Each family member was part of the Jaojoby group, centred around the father, one of Madagascar’s most famous singers. Jôby was the group’s bass player, a crucial role in supporting the very fast and complex polyrhythms of Malagasy guitars. Reflecting the island-continent’s geographic position, these are a mix of African, Indian and Indonesian music.

Jôby’s father, Eusèbe Jaojoby, was nicknamed “the king of salegy,” a musical genre typical of Madagascar, dating back to the 15th century. Jaojoby and other musicians gradually brought in western instruments such as the guitar, bass, drums and keyboards.

In 1997, the children of Eusèbe (Roseliane, Eusébia, Anderson, Jackson and Lucas), along with cousins and friends, founded their own group, Jaojoby Junior. They performed in Madagascar as well as in Mayotte and Réunion. They also played in their father’s group, Jaojoby, and took part in European tours, where they ignited the stage with highly danceable, bouncy rhythms. The boys’ guitars weaved melodies that flowed like water and blended with the harmonious voices of the choruses, with women and men singing together with obvious pleasure. The mother, Claudine, and the sisters, Roseliane and Eusébia also took part in the choruses and in the dancing, in an absolutely irresistible collective celebration.

In 2003, Jaojoby Junior issued a much awaited initial album, Raviny, consisting of 11 original compositions. In 2010, the boys continued under the name Jao’s Band. Late in 2014, they released the album Fa ela, with a strong African-American jazz tone to complement the traditional Malagasy salegy. The 10 tracks, while danceable, have a more refined and more experimental sound, and the young men speak out, denouncing the country’s situation as regards racism, lack of education, corruption and deforestation.
The Jaojoby children later dispersed, with Jôby choosing Québec and exploring various styles that led him to compose his own songs. In 2019, the quality of his deeply felt rock blues, imbued with his love for Malagasy culture, led him to the semi-final of the Syli d’Or competition held by Productions Nuits d’Afrique. He also collaborates as a bass player with the Montréal group Andreas & The Ever After, which in May 2019 issued the album Eh voilà! 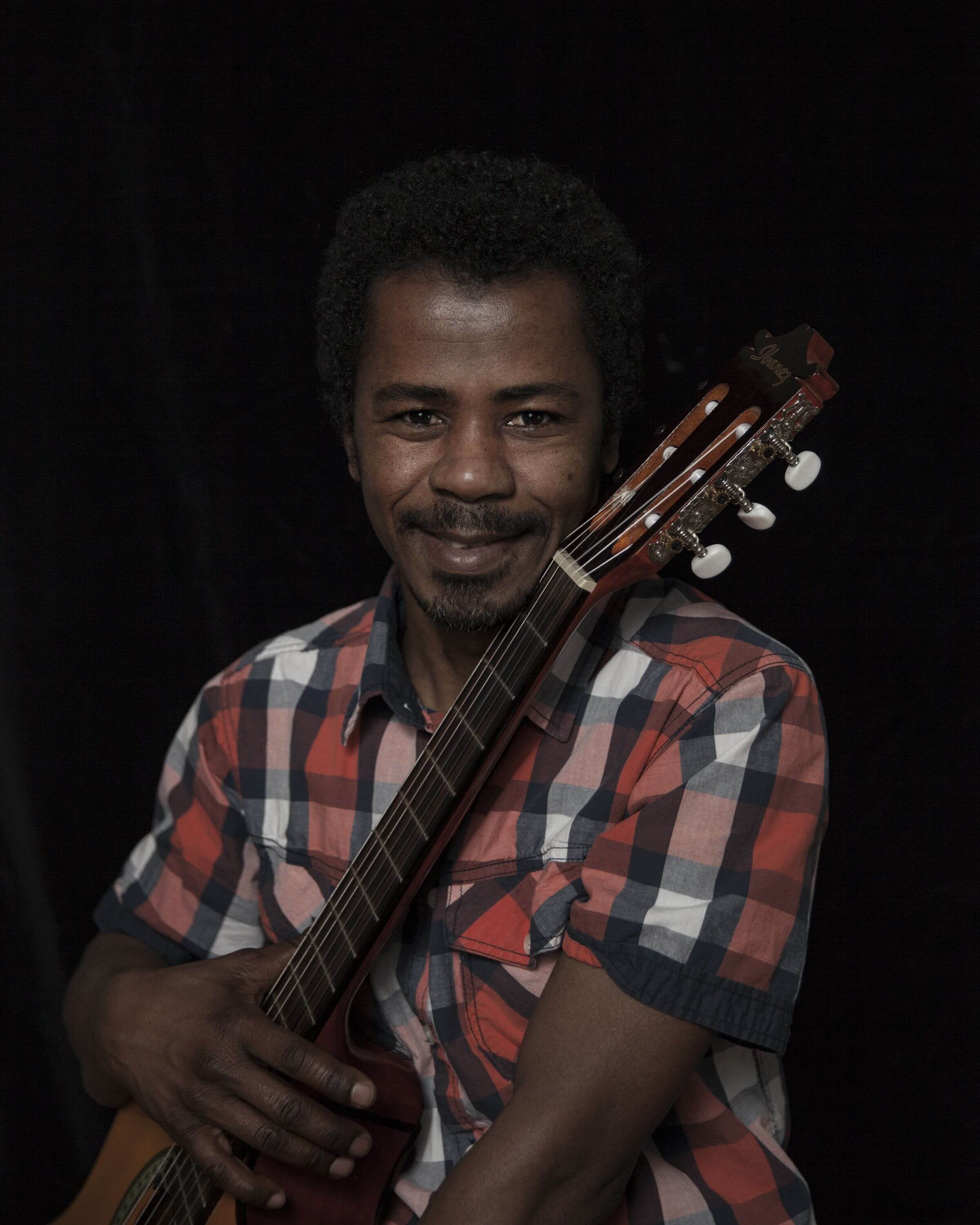