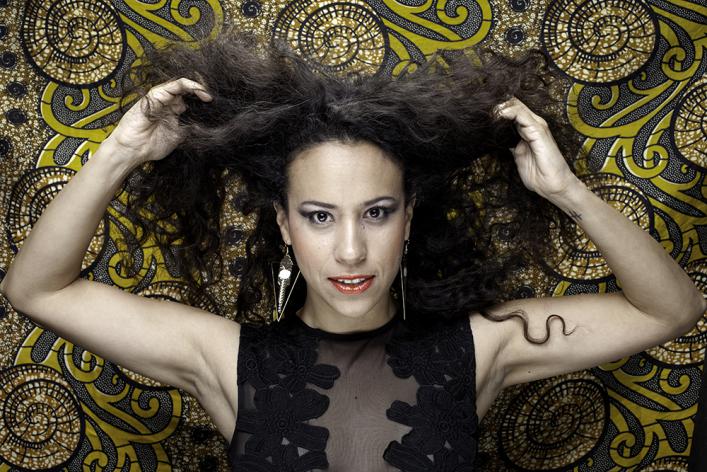 La Yegros (real name Mariana Yegros) is a Argentine singer, rapper, songwriter, and recording artist, widely regarded by the Latin American and European club press as “The First Lady of Electro Cumbia,” based in Buenos Aires and France. That superlative, however, flattering is somewhat limiting: La Yegros’ music crisscrosses Latin American and North African folk traditions, tropical pop, reggae, hip-hop, dancehall, and chamamé to create its own frenetic dance genre.
Chamamé is a tropical music tradition; it’s her parents brought with them to Beunos Aires from Misones, a province near the Argentinean border with Brazil. Mariana was exposed to it from the time she was born.
Upon the release of her King Coya-produced debut Viene de Mi for ZZX in 2013, the album became a sensation on the global radio and club scene. It led to the band touring all over Latin America, Europe, North Africa, Mexico, and the U.S. playing in cluybs and in front of festival-sized audiences. In 2014, the track “El Bendito” was used in the soundtrack for the video game FIFA World Cup Brazil. In 2015, the band — again with King Coya as arranger and producer and a large list of session musicians and guests (including Santaolalla,Sabina Sciubba of Brazilian Girls, and vocalist Olivier Araste of Lindigo) — entered Stomba Studios in Bueno Aires, and emerged with Magnetismo. The album was released by Miles Cleret’s Soundway Records in March 2016.