Salif Sanou, a.k.a. Lasso, is a musician, composer, singer and performer. He grew up in a family of griots, descended from father to son for many generations, with music and words at the core of existence. Member of the Bwaba ethnic group of Burkina Faso, he was initiated to percussions at age 6 and discovered the balafon, dunduns, tam-tam, tamani, bara and djembé.

In 1999, he continued his musical exploration with the n’goni, an instrument originating in the Wansolo region near the Mali-Burkina Faso border. Lasso doubled the usual maximum of 12 strings on his n’goni to get closer to the richness of the kora sound.

He then discovered a passion and remarkable skill for the Peul flute (also known as the Mandinka flute or talking flute). His cousin and master Dramane Dembélé instilled in him a technique and a repertory. He soon became one of the country’s most talented flutists.

After performing for several years with renowned artists in Burkina Faso, Lasso arrived in Québec in 2009. Soon after his arrival, he performed in a number of events, including the opening of the Olympic Winter Games in British Columbia, the Fête de la Musique de Québec, a benefit event for the Jeunes musiciens du monde and the Fête nationale du Québec.

He took part in street theatre performances and in shows at various halls, bars and cafés. He also played a prominent role in the Motus theatre troupe’s Canadian tours for the world-renowned play “Baobab.” Lasso has also accompanied various artists at festivals including the Festival International Nuits d’Afrique, the Montréal International Jazz Festival and the Francofolies.

In November 2009, he formed Lasso & Sini-Kan (the voice of tomorrow) to create a harmony between traditional Mandinka music and various other styles (jazz, blues, rock, reggae), producing his own musical genre: Fusion Reggae Afro Mandingue Métissé, or FRAMM. He performed at various festivals in Québec, including Nuits d’Afrique in 2012.

With his amazing talent, Lasso is involved in collaborations with artists and groups including KUNÉ at the Royal Conservatory of Music in Toronto, Farafikeb in Québec City, Issamba in Victoria, Karine & Lasso, Nathalie Cora, Alpha Thiam, Wesli and others.

In 2018, the Lasso Trio project was launched to highlight various instruments: the Peul flute, n’goni, tamani and djembé. His repertory, reworked in Afro-jazz-Mandinka style, is backed by a steady, gentle drumming and a galloping bass. 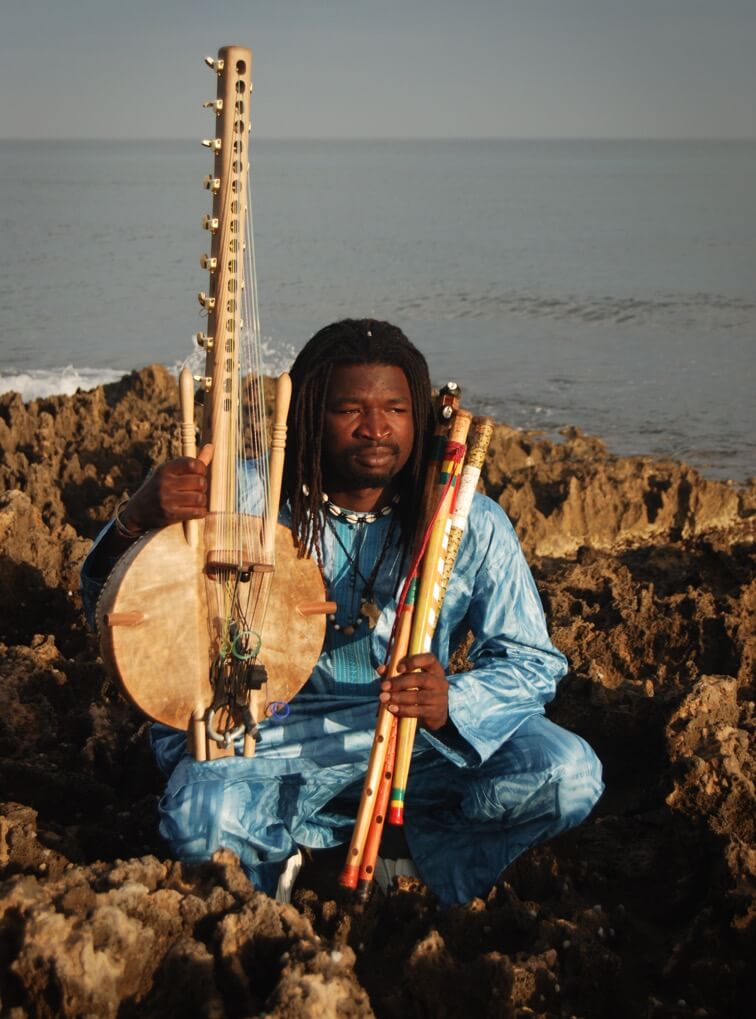