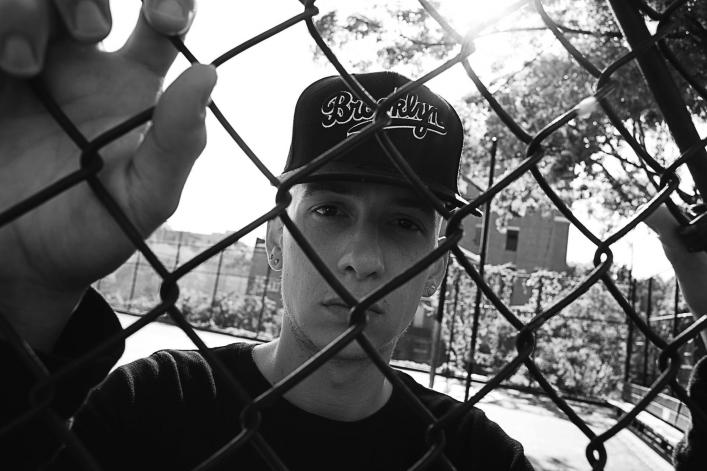 MASTA KIM is a French MC from the 74. Passionate with reggae, dancehall and hip hop, he plays a lot of sound systems. It was in 2007, back from a trip to Guyana that inspired her greatly that MK starts working on a musical project pushes by his friend Joey Lacroix. Influence by artists like Sizzla, Mavado, Vybz Kartel and some MC Hip-Hop off the Atlantic, MK will create his own style me languishing hip hop and reggae dancehall. Begins to follow each other recordings, dubplates and concerts. Some freestyles on Youtube increase its notoriety . He began recording his first EP. At the end of 2010, “For My Youths” was released, an eight-track EP on which MASTA KIM Jamaican riddim mix and his own beats such as “J’avance” and “Boom ByeBye” produced by Joey Lacroix.

Taking a step back, MK leaves the metropolis for Guyana. Installed at Saint Laurent, a city that influences it by its culture and its proximity with Suriname, he continues to work on his flows and his texts. He then makes a few meetings that allow him to go on stage. Evolving with local artists, Kim acquires experience. He later recorded new titles in the Selecta T studio (Natural Sound) and others with Joey in a few passages a Paris. At the end of 2013, Joey and Kim decided to begin the realization of a new musical project.

This is a? New York it takes shape when MK joins Joey installs at Brooklyn to compose and record a new opus titled “MK I”, once again under the influence of Hip Hop / Carribean vibes. They then meet Florent Barbier (CCP Studio), at which this new album will be recorded and mixed. It reveals a unique style and rich in sound. Composed of eight titles, seven of which are produced by Joey Lacroix, there are several featuring “Le Temps Passe” alongside Dappa Ruk, singer from London, and “Champion Style” (produced by Guillaume Chretin) alongside Nybacush, He also comes from London. Does not stop at just codes of the genre, MASTA KIM distills its own identity.

Distibue? by BELIEVE DIGITAL, the album “MK I” is already? available since March 30, 2015 on different platforms like iTunes, Amazon or even Deezer and Spotify.