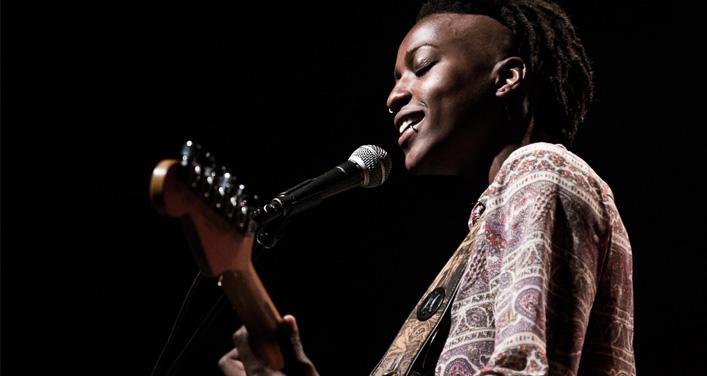 Born in Kinshasa (Democratic republic of Congo), Matinda Kamuena grew up in the rhythms of Congolese rumba and afro-Cuban before arriving to Montreal as political refugee. Having travelled a lot, she easily understands people and use this capacity in her compositions, which are universal and contagious. In 2013, only three years after the purchase of her first guitar, she goes all the way to the stage of the duels, during the first season in Quebec of The Voice (La Voix). Meanwhile, it’s at the Cabaret l’Assommoir in the Old-Port of Montreal and at Fibo that she makes her debut on stage. Interested in soul and in the organic sounds, where we can figure out her influences, from jazz to post-rock, including metal-funk and bossa nova.