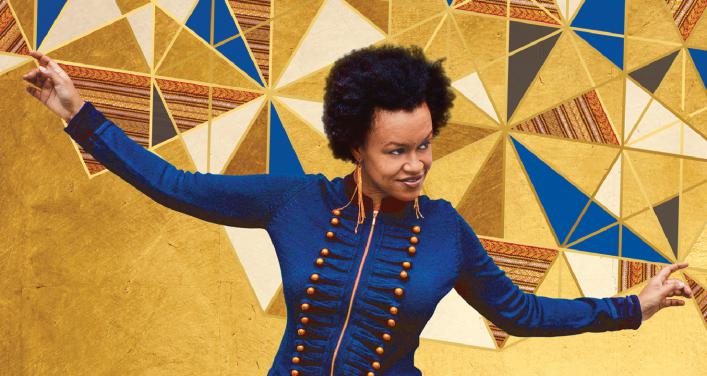 Born in Ethiopia in the early 1980s, Meklit Hadero grew up in the United States, first in Iowa, then in New York, and finally in Florida, a journey in a heterogeneous and inevitably rich environment in artistic terms. Her influences are countless: jazz, soul, hip hop and rock together with traditional musical styles both from the United States and her native Ethiopia.

Upon reaching adulthood, she studied political science at Yale University and then settled in San Francisco, where she soon discovered outstanding artistic wealth. She plunged body and soul into this melting-pot of influences, a blend that has always dominated her life and that she appreciates more than anything else. In 2007, she recorded Eight Songs, an initial disc that merely introduced her talents and enabled her to launch a professional musical career.

In 2009, she benefited from residence at New York University and at the De Young Museum and the Red Poppy Art House, both in San Francisco. She also composed for the San Francisco Foundation and for theatrical productions. She also created the Arba Minch collective, grouping Ethiopian artists living abroad and seeking to deepen their links with their country of origin and with other members of the diaspora.

In 2010, Meklit Hadero released her second album, titled On a Day Like This, helping her reach a broader audience. When it came out, the press was ecstatic. The San Francisco Chronicle called her “an artistic giant in the early stages.” Nearly four years later came the release of her third album, We Are Alive.

Her pieces reflect influences of New York jazz and western U.S. folk, sprinkled with East African sounds and beats, all connected by her captivating voice and deep energy.