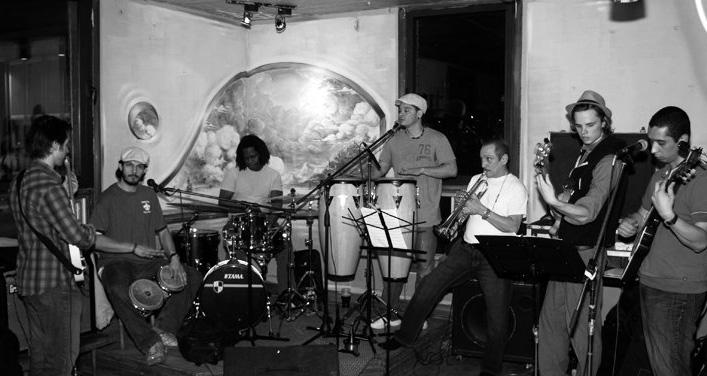 Ramon y su sound is a Latin music group that was born in Montreal by 2005. The seven musicians are inspired mostly by salsa, cha-cha, mambo or Latin jazz to create the original sound of Ramon y su son. Alexander Betancur, the singer, songwriter and founder of the group was born in Medellin, Colombia. He reaches into the influences of Afro-Colombian musical style to create a colorful and intoxicating Latin American music. The identity of Ramon y su son is also marked by the sounds of Cuba whose drummer and trumpeter originates. Since its creation, the group appear on Montreal and its surroundings scenes in order to perfect it’s style. The energetic performances of the group take on the appearance of a celebration of life and an ode to the party.a