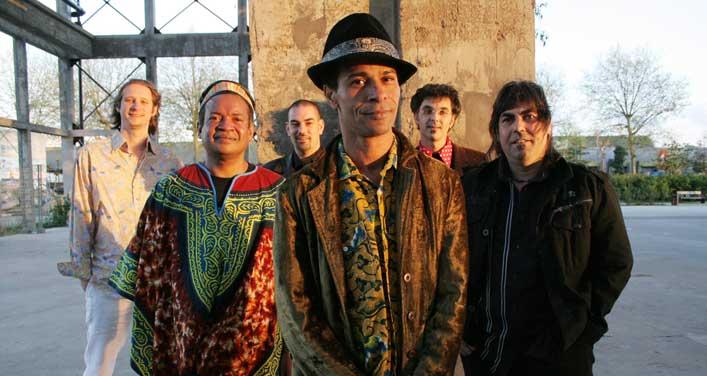 Born in 1969 at Bouaké, Côte d’Ivoire, Richard Kara (whose real name is Kouadio Koffi Richard) travelled between France and Africa throughout his childhood, following his father and the latter’s military career. From a very early age, wherever he was living, he would constantly be dancing. “You were born to be an artist,” a teacher told him one day. This prediction did not fall on deaf ears. But his art would be not dance but song. As a teenager, though, he officiated in a group called Dazzlers.
Living in Nantes in 1994, he set up his first group, In the Air. He benefited from the Breton city’s cultural ferment, taking part in improvised concerts, singing, dancing and doing duty in musical circles. The next year, he entered the Conservatoire de Nantes. And continued patiently. In 1998, he recorded his first album, Afrofunk. He founded another group, Ayo, and recorded his second album in 2004, titled Soumbalaya.
In his songs, there flow rhythms and melodies from Côte d’Ivoire with the energy and fervour of that country. Richard Kara blends these styles with other influences such as reggae, Afrobeat and soul. Bob Marley, Fela Kuti and James Brown hang over this complete artist’s compositions. On stage, he is both a singer and a dancer, a master of show business, throwing himself fully into the arena. His lyrics speak of his doubts, hopes and feelings and of his love for his country and its people. Through his songs, he also conveys his angers. In the song Petit Soldat, for example, he raises the theme of child soldiers, a scourge of modern Africa. He is currently preparing his next album, which should come out later in 2010, an album he says will be heavily marked by the Afrobeat style. One thing for sure is that Richard Kara is not on his last adventure!