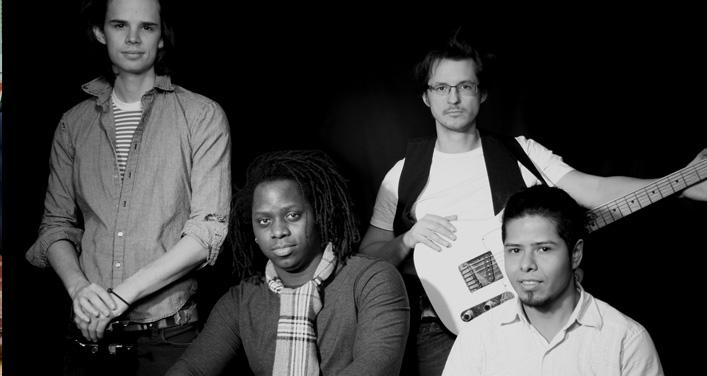 After many years of collaboration to various projects, Mathieu Sénéchal (bass) and Michel Medrano Brindis (congas, vocals) decided to start their own project: Timba MM, a group of a new generation of Cuban music. Later, Adam Goulet (guitar) and Ahau Marino (vocals) joined them to form Timba MM in November 2012. Timba MM composes original pieces and arrangements of various classics of Latin music. Their flavor is inspired by rhythms of countries and cultures around the world. The paths of various Cuban groups guide them. Timba MM is influenced among other by Pedrito Martinez Group, Havana D’primera, Bamboleo and Isaac Delgado, to name a few. Timba MM is not only a band but also a messenger of the universal language known as music. The group aims to make discover to music lovers new Latin rhythms still little explored beyond the borders of Cuba. Faithful representatives of this new approach, Timba MM musicians deploy all their energy to do justice to those captivating and frenzied rhythms.