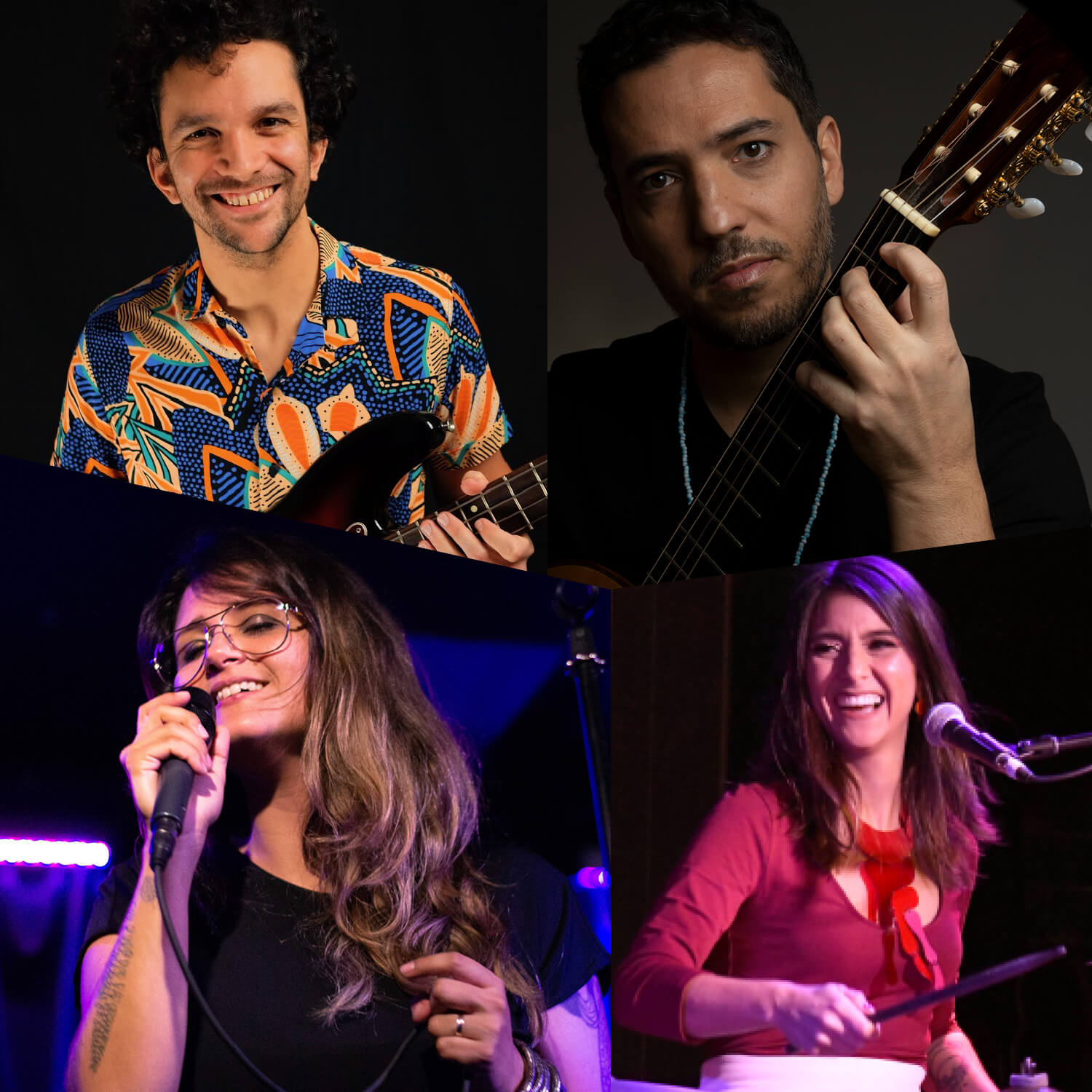 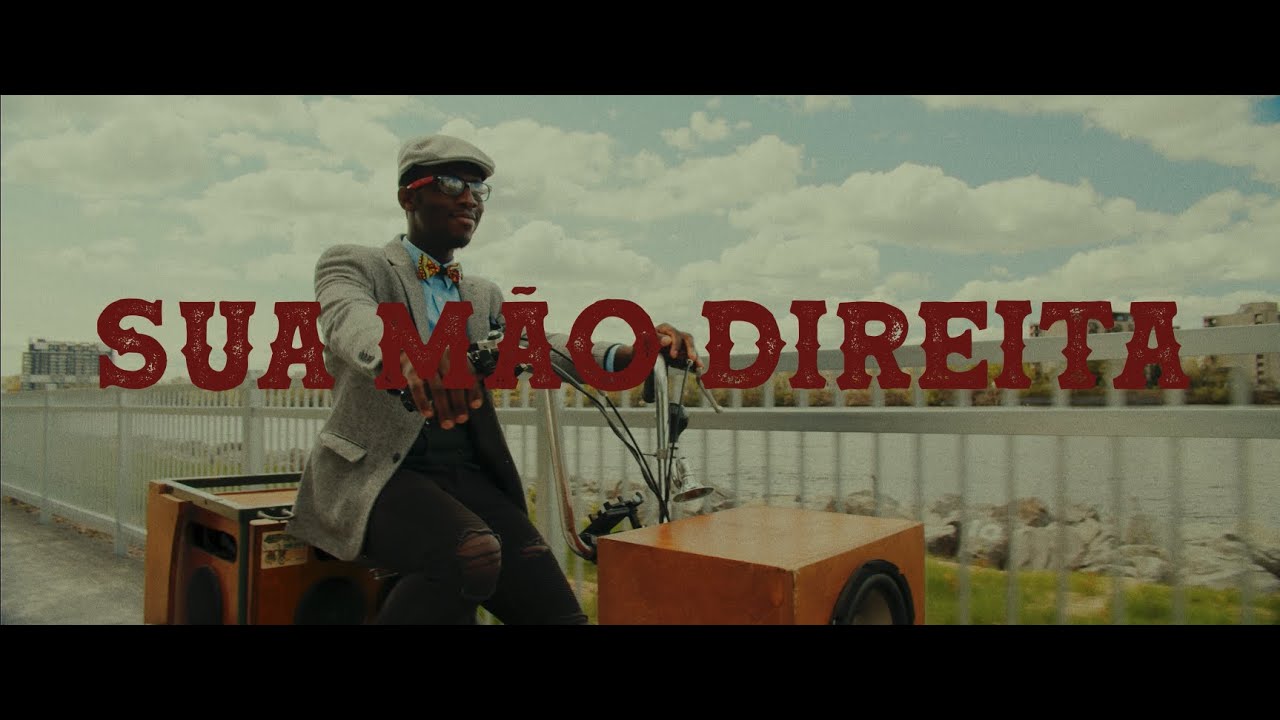 LARA KLAUS, DIOGO RAMOS, BIANCA ROCHA and ANDRÉ GALAMBA are 4 authors-composers, originally from Brazil. Their quartet is part of the long tradition of Brazilian popular music.

“Remarkably versatile, she switches from guitar to drums while singing her compositions and those of her collaborators” (Le Devoir, 2021). In 2021, Lara Klaus won the Silver Syli at the 14th edition of the Syli d’Or de la musique du monde as well as the Coup de cœur award from the Conseil des arts de Montréal.

The music of Lara Klaus divinely combines the rhythms of her native northeastern Brazil with American soul and Afro-Latin intonations, using a wide range of Brazilian percussion instruments such as pandeiro, alfaia and zabumba.

Diogo Ramos is a singer-songwriter from Sao Paolo, Brazil. His music is part of the long tradition of Brazilian popular singers. Having studied music, especially guitar, since the age of 13, he was awarded the Vinicius de Moraes Prize at the age of 16 as a guitarist-performer.

André Galamba is a guitarist and bassist currently based in Montreal. His music comes directly from Recife, a major cultural center of Northeast Brazil, where he grew up. His musical influences, of a great rhythmic and harmonic variety, have made André a versatile and complete musician.

Bianca Rocha is a South Brazilian singer-songwriter living in Montreal since April 2019. Her music oscillates between many musical styles, from traditional music of her region to bossa nova and jazz. She always carries the expression of a strong people who do not let themselves be overwhelmed by suffering, who recognize their problems, but celebrate life and its small pleasures.