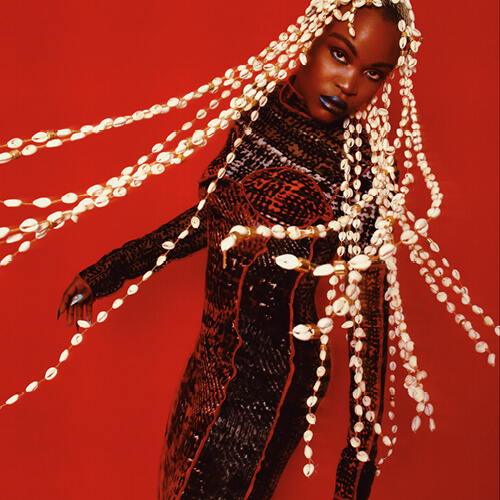 “The Queen of neo-Kuduro, that’s her! This singer shakes up the dance floor with blasts of sunny energy, each more explosive than the last!’ (La Dépêche, 2022 [translation]). Taking its inspiration from breakdancing and Angolan Semba, blending lively African rhythms with electronic sounds in which the beat of the drum machine is astonishing reminiscent of traditional drumming, Kuduro music has certainly made its mark on the world stage over the past few years. Pongo, who grabbed the world by storm with her hit single Wegue Wegue (over 10 million views on YouTube—and a song that the FIFA community knows by heart), is now heading to Montreal following the release of her new album, Sakidila, more danceable than ever.