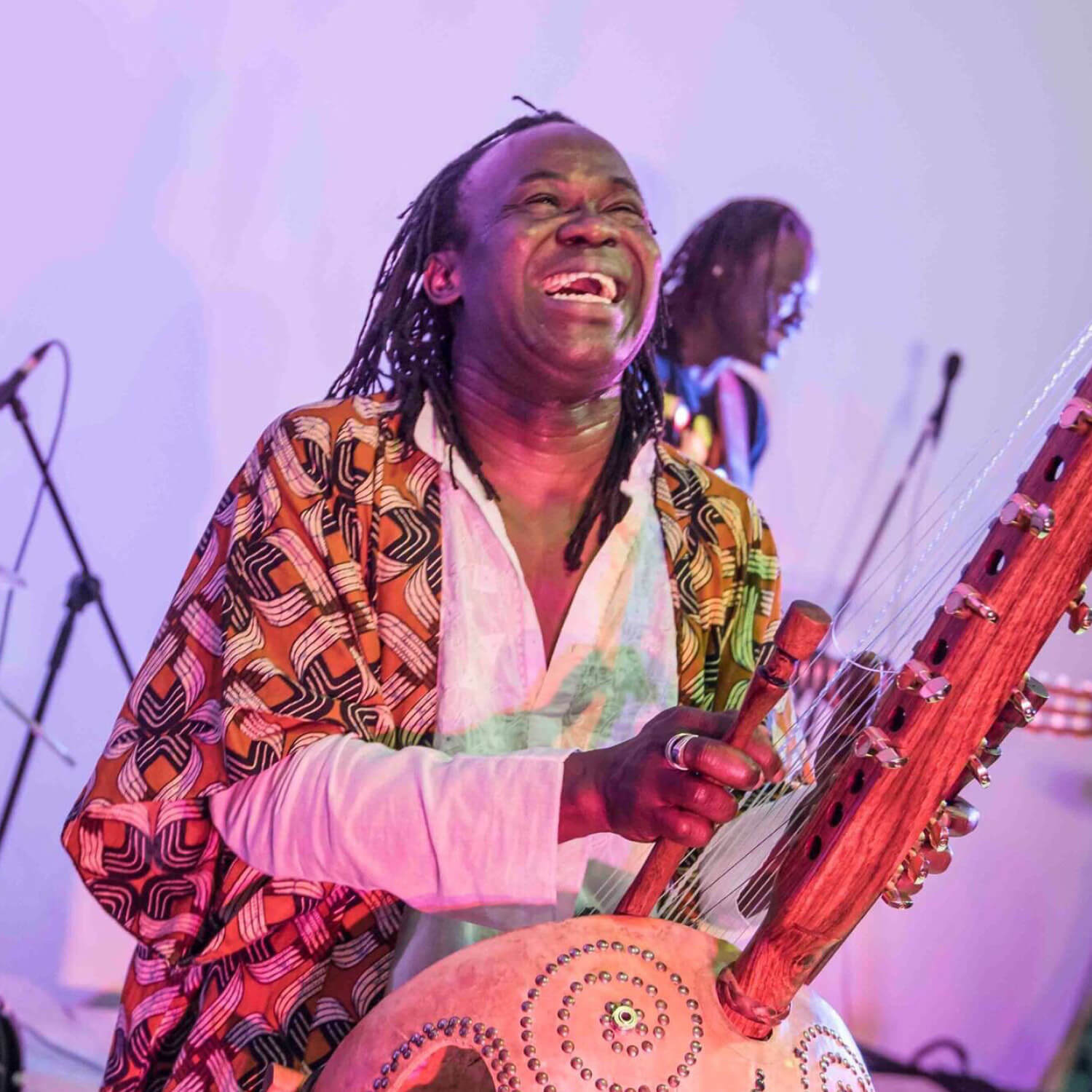 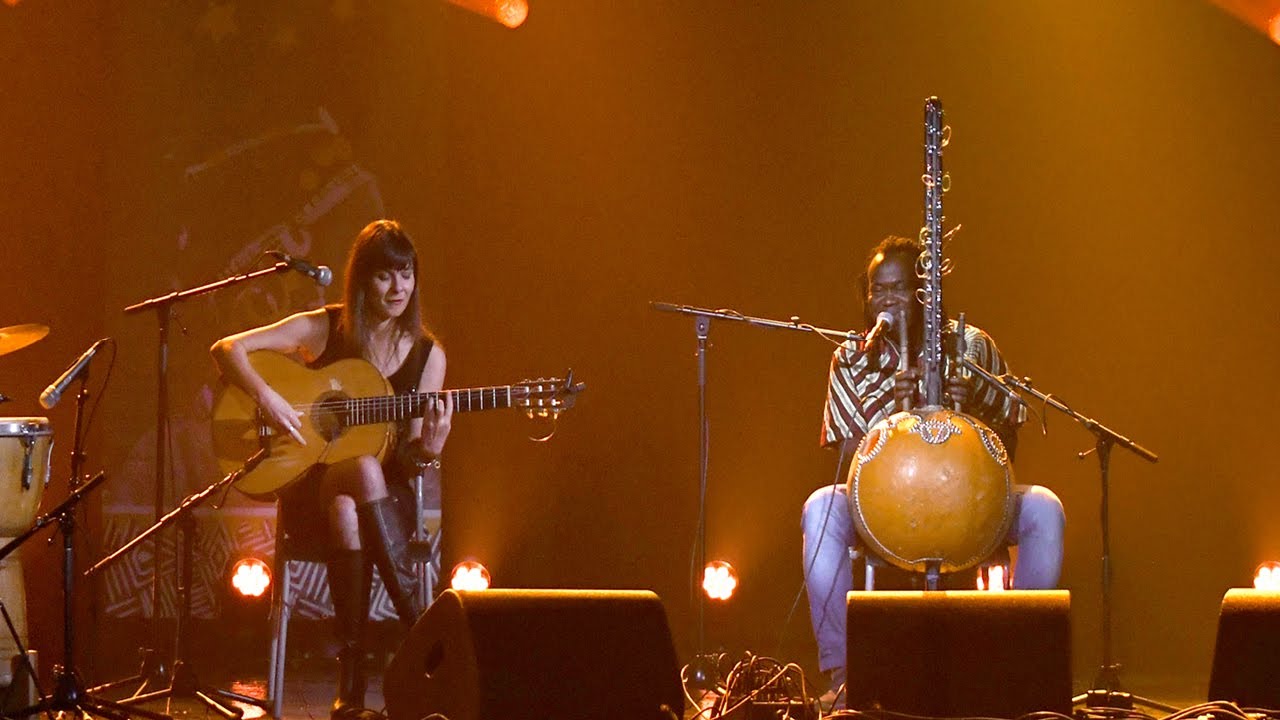 Singer and songwriter, Zal Sissokho is also a great kora player. Originally from Senegal, he marvelously combines his openness to the world with his desire to preserve his culture and the oral traditions of the people of West Africa. He sings in Malinke and Wolof and is nourished by the encounters that mark his journey, thanks to which he continues to learn and share.

Flamenco improvisations play with the fluid and crystalline sounds of the kora. With this project, from which the album Kora Flamenca has just been released, Zal Sissokho, the Montreal griot and virtuoso of the majestic 21-stringed instrument, surprises. “Even if the two musics’ breathing patterns are different, the exchange flows naturally.  The kora never runs behind the syncopated, sometimes frenetic, rhythms of flamenco and Zal Sissokho’s voice remains as cool and swaying as if he were singing Mandingo blues. A great beauty.” (La Presse, 2020).

Originally from Burkina Faso, Hamidou Sagadogo took his first steps as an actor in Burkinabe cinema in 1990 and joined the Atelier Théâtre Burkinabé in Ouagadougou in 1993. Over the years, he has taken various training courses in acting, directing and improvisation, specializing in reading and performing children’s books that include singing, dance, music, masks and puppets. The world of storytelling, which has colored and interspersed his life since early childhood, was added to his professional path in 2001. His artistic journey has taken him from Burkina Faso to France, via Mali and Norway.

In Quebec for more than ten years, he has given workshops on storytelling in several schools in Montreal and Quebec. In the theater, he played in the play L’étrangère by the company Mythomanie in Montreal (2010) and used his talent as a storyteller for children in the youth shows Un si long voyage by Productions Rhizome in Quebec City (2009-2011) and Le fascinant voyage de Mamadou by Théâtre le Petit Chaplin, in Montreal (2011-2012).

On the small screen, he has been seen in Le gentleman III, 30 vies and Les jeunes loups.

On the big screen, he appeared in the films Que ta joie demeure and Boris sans Béatrice by Denis Côté, and Le cœur de Madame Sabali by Ryan.