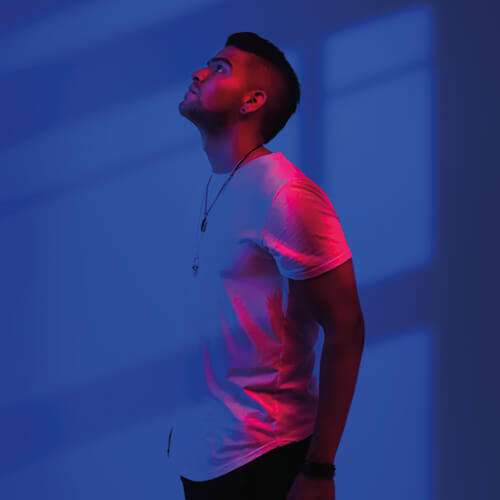 JACE has an incredible vocal range and style that can easily seduce any listener. With an authentic story coming back from his journey as a Venezuelan, participating at The Voice Canada, producing and releasing more than 15 songs in the last year, and accumulating more than 10 years of stage experience performing, JACE’s charisma is being unique to his fans, and easily spikes curiosity wherever he goes. His ability to mix Pop and R&B with his Latin roots definitely stands out; his music is positive, motivating, pleasing, and addictive. Rescuing not only Spanish lyrics, but also mixing English and french.

Jorge Alejandro Carrillo Martínez, aka JACE Carrillo, is a Venezuelan-born singer-songwriter and producer who has been living in Montreal for the past 5 years. He joined a gospel choir as a teenager, and his passion for music led him to discover musical genres different from the usual Latin influences. JACE fell in love with R&B and has since been inspired by artists such as Justin Timberlake, The Weeknd, Luis Fonsi, Bruno Mars, Khalid, Reik, Camilo, Sebastian Yatra, and others.