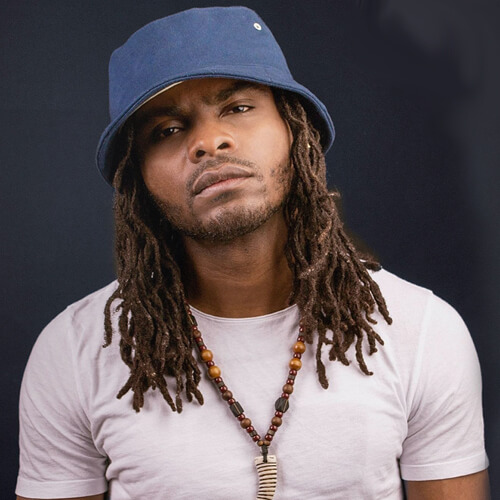 Zilla ManiKongo, whose real name is Christian Philippe Basila-Mbomba, is a Congolese Canadian artist-musician, rapper, songwriter and performer living in Ottawa. He was born in Kinshasa, the capital of the Democratic Republic of Congo. Although he has been influenced by different musical trends such as Soukous, ndombolo, Congolese rumba which are part of the cultural heritage of his native country, he has found his voice in “Afro Beat” and “World Music”. Inspired by legends such as Bob Marley, 2Pac, BiggieSmalls, K’naan, Papa Wemba, Koffi Olomide and others, he describes his music as a mix of Congolese Ndombolo/Soukouss, and Hip-Hop/R&B with a Reggae background.

His musical approach changes and evolves at all times depending on the circumstances, atmosphere, time and space. Zilla ManiKongo is very proud of the artistic richness of his origins and their cultural impact. He envisions his music as a musical union between Congolese dance rhythms and the deep, heavy sounds of Hip Hop. In his creative process, he composes music that does not always respect academic standards, he creates raw music.

This musical presentation represents his vision of the union between African music and the rhythms and sounds that the Canadian Hip Hop subculture offers in its diversity, promoting and transmitting values, customs and a Canadian-Congolese culture relayed through rap and songs, followed by traditional instruments typically Congolese.

On stage the leader is accompanied by Kimya, a slammer and rapper passionate about words and writing. Through his poetry, Kimya builds a universe where experiences, dreams and thirst to build a universe of peace and escape are articulated. The duo is joined by the artist and musician Massey.