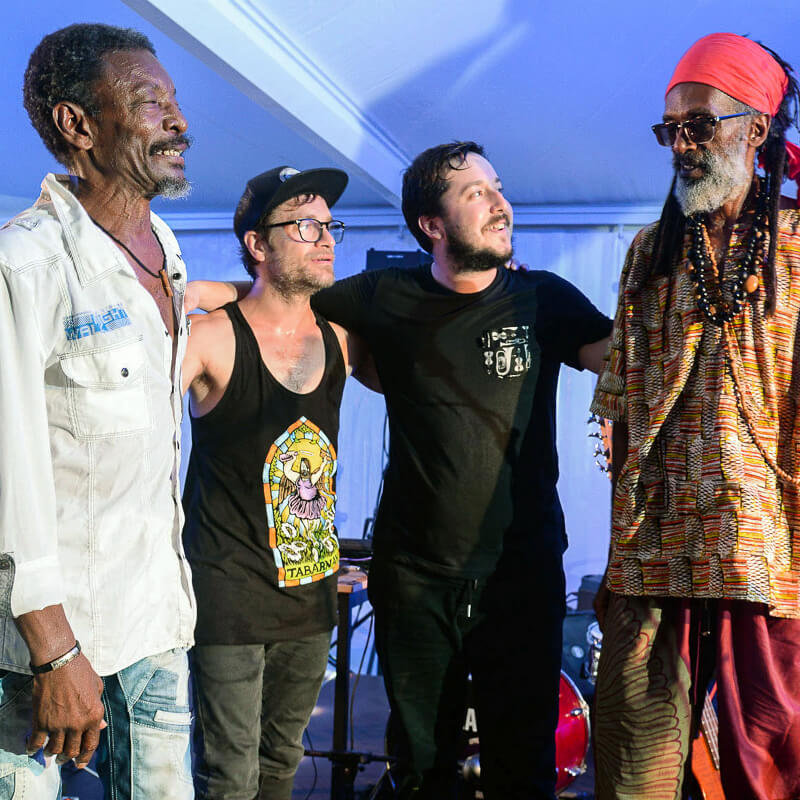 Topium emerged in 2016, from the meeting between multi-instrumentalist, Jérôme Dupuis-Cloutier, and drummer-programmer, Jonathan Gagné. Together the duo explores and blends house with various elements of jazz. Since its inception, the group has had several releases that include music videos. Their music has found captive audiences in many festivals worldwide, including on the island of Réunion, in Cape Verde, Mexico, and Tokyo.

Jacques-Marie Basses (aka Djenmbi) is an accomplished and innovative singer-songwriter and keyboardist. He has earned the title of “Gwo Ka Keyboard Master”. Klod Kiavué is a well-known Gwo Ka percussionist who has performed all over the world, most notably with the American saxophonist and jazzman, David Murray. Basses and Kiavué are among Guadeloupe’s finest in the Gwo Ka music scene.

The single, Bo Bay Lanmen, released under the Disques Nuits d’Afrique label, will be distributed worldwide on all digital platforms by Distribution Select on February 12, 2021. This single emerged out of a creative residency organized by Guadeloupe Electronik Groove and the collaboration, in 2019, between Quebec electro-Jazz duo, Topium, and veteran Gwo Ka musicians, Jacques-Marie Basses (aka DJENMBI) and Klod Kiavué. It breaks new ground by combining modern sounds with ancestral rhythms to create a fusion that they call Electro-Ka.

Bo Bay Lanmen, which means “lend a hand,” and its accompanying music video, was made in partnership with GEG/MusjoMusicRecords and produced by Guadeloupe’s Akadanfilm company, revealing the fruitful and authentic creative process experienced through Gwo Ka traditions and culture. This exceptional artistic alliance between Guadeloupean Creole and Québecois musicians led to the creation of the new and exciting rhythms of Electro-Ka.