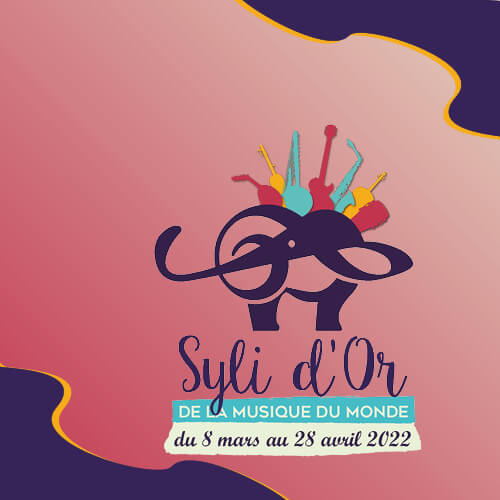 To determine the winners we are pleased to welcome members of a professional jury recognized for their career and their skills in the music industry at various levels (programmer, journalists …)

Please note that during the semi-finals and finals the public votes are combined with the professional jury’s evaluations.

Practically raised in his parents’ record store, Frédéric Cardin studied history and political science, but music caught up with him and never let him go. Journalist, host and producer for many years at Radio-Canada’s music channel, Frédéric is now a freelance journalist at Pan M 360, the best music site in Quebec (by far!). He works hard on a wide variety of musical genres, but his heart beats particularly for classical music (from all eras), epic film music, jazz, and all the “world music” (a hated term, but for lack of a more precise one, we’ll go with it). Added to this is a nasty bunch of alternative music (chamber rock, electro, post-punk, krautrock, indie whatever, etc.) and a bunch of vintage styles he never gets tired of (great French chanson, 70’s soul-funk, 70’s-80’s folk, classic afro-beat, Blaxploitation soundtracks, and so many others). Recently, Frédéric was rewarded with a position as Senior Advisor to the Department of Canadian Heritage. What does he do there? He gives money so that culture can be seen, heard and disseminated! Happiness. Frédéric has been a member of the jury at the Sylis d’or semi-finals several times in the past. Every time he is asked again, he says yes without hesitation. How can you refuse to have unlimited fun three nights in a row while sipping one or two great Volcan du Balattou cocktails? A little Bloody too, why not. His judgement skills are all the more sharpened. Long live music, and especially Montreal’s fabulous ”world” scene, one of the richest in America!

Jacob Edgar is an Ethnomusicologist, music producer, and global explorer with an insatiable curiosity for the diverse ways in which people express themselves through music. Edgar is the principal music researcher for the acclaimed record label Putumayo World Music, contributing songs and liner notes to over 300 Putumayo collections. In 2006, Edgar founded the record label, music publisher and concert booking agency Cumbancha, which promotes some of the top names in international music. Edgar hosted Music Voyager, a music and travel television series produced for American Public Television & PBS. A regular guest lecturer and cultural specialist on National Geographic/Lindblad Expeditions cruises to West Africa, South America, the British Isles, Cape Verde, Iceland and many other destinations, Edgar curates musical experiences and concerts with world-renowned artists in intimate settings that provide a unique gateway into the culture, history, language, indeed the very soul of a community. Edgar’s journeys in search of new talent has brought him to remote Caribbean villages, trendy Parisian nightclubs, sultry Brazilian samba schools, rocking Indian jam sessions, the recording studios of Havana and beyond, providing him a backstage pass to the world’s music.

Every week, Carine presents the show Basa Basa on CKUT Radio. Her show presents Africa as the heart and soul of world music, while delving into aspects of African life and culture: you can hear everything from politics, poetry, storytelling, food, and everything else related to African life on the show.

Carine au Micro is an artist from Benin. Her interest in music began at a young age through her parents.

Carine au Micro embarks on her solo adventure with her first EP in 2018. Entitled O LA SI, it is a rich record that oscillates between her different musical emotions: jazz, soul, gospel, r’n’b and of course, African music. His opus speaks of his connection with his home country, but also of love, between personal disappointments and optimistic vision of the future.

In parallel to her project Kreesoul music workshops, Christelle is a consultant and trainer in artistic, cultural and event management. Involved for 15 years with her artistic community, she founded Culture des arts Events and then Culture des Arts, l’Institut to support artists at the beginning of their careers and to help them strengthen their administrative and management skills.

She provides training in strategic planning (among others with Groupe 3737 for the Supporting Black Communities in Canada initiative), conducts fundraising and works on artist promotion.

Nantali Indongo is the host of CBC Montreal’s provincial arts and culture program, The Bridge, Saturdays on CBC Radio One and arts contributor for CBC Montreal. She’s also member of Nomadic Massive, a multilingual hip hop group based in Montreal. A graduate of University of Ottawa and Humber College, Nantali has shared her knowledge of music and culture as a community educator and public speaker.

Eli Levinson is a Montreal-based music and event producer. He is the programming coordinator for the Mundial Montreal event showcase, while wearing many hats (production, communications, administration) with Stonetree Records, Afrotronix and others, and organizing events in Montreal linking roots and electronic music.

A music journalist for more than 15 years, he has worked for VOIR Gatineau/Ottawa and the Ottawa daily Le Droit. He can also be heard as a columnist on ICI Radio-Canada Première

Director of the audio program at Musitechnic

Karim Blondy began working as a sound technician in radio and theater in the United-States before attending Musitechnic in 1999. Since then, he has worked as a technician in the studio, on set, in post-production, as well as in live. In addition, Karim Blondy is a musician and has performed more than a hundred shows across Quebec with different bands. He has composed for other artists, for short films, as well as for web-series. After a dozen years spent at Radio-Canada as a sound recordist, he embarked on new challenges, including the recording of orchestral concerts and an audio application “Frequency Test” for iPhone. Fascinated by history and sound recording, he wrote a book on microphones for Musitechnic as well as about fifty articles for the school’s website before leaving to work in architectural acoustics and then becoming head sound engineer for the City of Montreal. In recent years, Karim Blondy has recorded and mixed albums for artists of various styles: jazz, classical, pop and metal… Today Karim Blondy is the director of the audio program at Musitechnic.