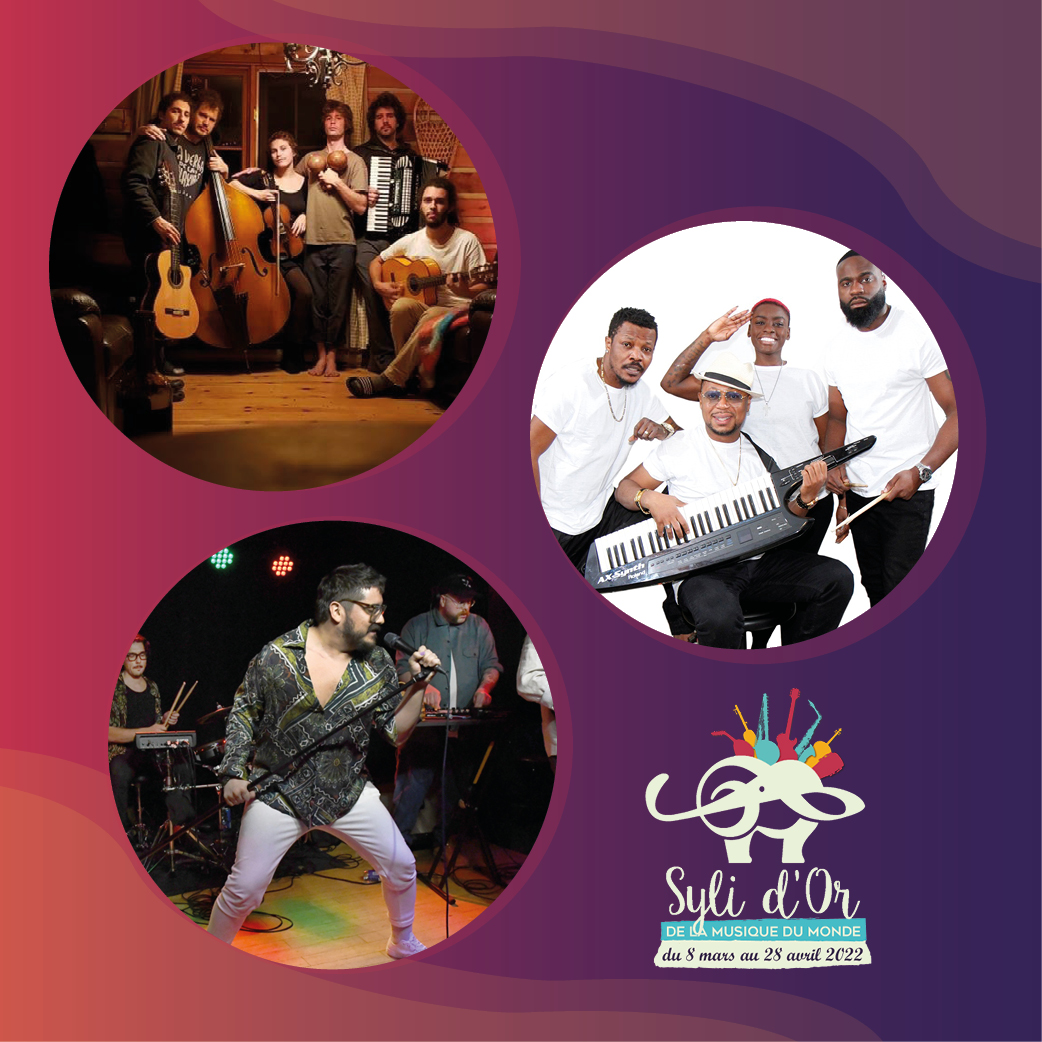 Every Tuesday and Wednesday at the Club Balattou in March and April, you were able to take part in the selection of the 9 favourite bands that made it to the semi-finals.

It was during the semi-finals, which took place on April 19, 20 and 21, 2022 at Club Balattou, that you chose, with a jury of professionals, the 3 finalists of this unprecedented edition of the Syli d’Or!

Les Syli d’Or de la musique du monde, a must-see event for the Canadian music scene since 2007! This exceptional showcase provokes the revelation of talented artists at each edition and confirms the latest trends in world music.